March has been a bit of a crazy month, following the theme of 2019! We have been completely booked up so far which has been brilliant and exhausting!

We still had lovely Ronnie, for the beginning of March, to train him out of leaping every time he hacked and also to show him a little more of the world! This included taking him for some super jumping hacks and taking him to Moores Farm Competition Centre for some training over scarier fences!

We said goodbye to Harry who went to a lovely home just down the road from us after being on sales livery during the worst of the winter! He’s settled well in his new home and is with his family for life now which is amazing for him!

Benji came in to be backed and has been an absolute pleasure to do in all ways! He was a doddle to restart and has progressed to doing everything out hacking and in the school! He adores jumping and has flown everything we’ve pointed him at so far!

Libby and Ri also came into reback. They are both thoroughbreds destined for racing with the same yard we have done a fair amount of work with! Both came in a bit neurotic and feral with Ri having extreme separation anxiety and no respect for the personal space of those working with her; and Libby having major issues with anyone touching her legs at all and just kept kicking out.

We worked at getting Ri less nappy by encouraging him to slow for a snack on the way home. When it came to backing her, we took another pony out with her to keep her happy. By the end of the month, she was happily galloping and hacking out past all sorts!

Libby completely changed in her time with us and, in three weeks, we could get the farrier out to trim and sort her feet and, by that stage, she stood like a rock and he fussed her and called her princess. Unfortunately, in the time that Libby couldn’t be touched, one of her back feet had grown too long and had cracked off high up, meaning that lots of totally dead hoof wall came off as the farrier, Tom, worked. Libby has been on box rest since with her foot cleaned and dressed each day and she has been an absolute darling to handle in all ways!

Griff came in for extra schooling in the middle of March. His owners wanted him to see a bit more and enjoy some jumping. We also worked on his flatwork as he would set his mouth and neck a bit and didn’t work through properly.

Bertie found the most incredible family and went to his new home with them after a year and a half with us. We will miss him but we couldn’t be more proud of him or pleased with his new family who are everything we wanted for him and more!

We had our ace equine dentist and farrier out to do most of the herd’s teeth and feet! All the horses were good for the farrier, even youngsters Ri and Libby who he dealt with amazingly! The dentist had a couple of worried ones which she always copes within such a fantastic way.

Tom, Benji, Kerry and Griff all had a jump over the same course at the end of the month! They were such super stars!

Thank you to everyone who shared our Hesteyrical Outtakes video! The kind donations received raised £135 for Comic Relief which is pretty amazing!

Thank you so much to everyone who has made March spectacular! Hoping for more of the same for April!

By Genevieve de Lande Long    2020-03-26
Our horses’ joints are put under a lot of strain on a regular basis. Every activity your horse partakes in puts excessive force on their joints, whether it be due to fast and sudden movements involv...
Featured 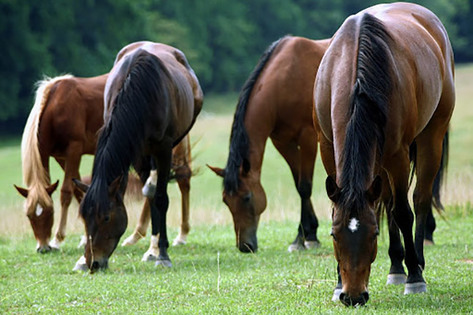 Caring For Your Horses During The COVID-19 Lockdown

By Cheryl Johns - Livery List    2020-03-24
The current outbreak of COVID-19 is causing huge disruption across the UK, and this does not exclude horse owners. The increase in restrictions has seen many horse owners not knowing what steps they a...
Featured 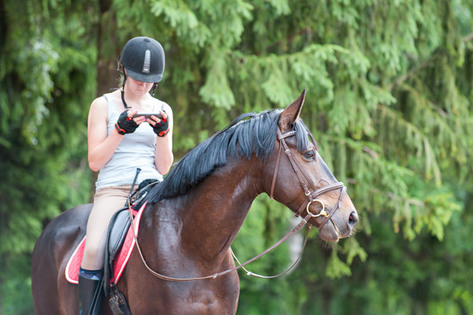 Adapting Your Equestrian Business During The COVID-19 Pandemic

By Ashleigh Sanderson    2020-03-20
How crazy is the world at the moment? This COVID-19 is certainly making 2020 a year we’ll all remember. Quite aside from the health aspect of it, people are struggling to cope financially too, and t...
Newsletter
Follow us on
Share
Search for all things equestrian on the UK's number 1 equine marketplace!
on horsemart:
home | contact us | terms and conditions | testimonials | media pack | about us | sitemap | help | privacy policy | advertise your horse | affiliate disclosure | scams | private advertising costs | mobile site
©2020 Horsemart.co.uk - all rights reserved - a member of the Friday Media Group  |  dev (((:))) Memória Visual