What To Consider When Buying A Horsebox 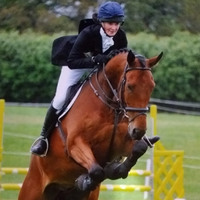 Almost as exciting as buying a new horse is… buying a horsebox. But it’s an expensive purchase and you should do your research.  Time spent browsing horsey websites isn’t a chore after all… What should you choose? Well if it’s a horsebox you want, rather than a horse trailer, for the average horse owner it basically boils down to a choice between a 3.5 and a 7.5 ton.

First off, how many horses do you want to carry?

If you have just one horse or two ponies, then you can get away with a 3.5 ton horsebox. If you have two or more horses, then you’ll need a 7.5 ton or above to carry the weight. That’s because the weights of the boxes give you an indication of payload. Payload is one of the most important things when you’re buying a horsebox. Make sure you ask for a weight certificate from a seller. If they don’t have one, you could ask for it to be weighed at a weighing station. There is usually one within any county. It’s important that the horsebox is weighed unladen (i.e. without a horse in it) so it’s just the lorry and any fuel in its tank. Once you know the unladen weight you can subtract this from the weight of the lorry to get the payload. This will give you the weight that you can legally carry.

Realistically, 3.5 ton horseboxes only have around one ton carrying weight – the good ones can get around 1100kg max. So if you have a big horse, you will only be able to carry them on their own. Remember, you’ve got your willing helpers (allow 80 kg per person), water, fuel, saddles etc and that all adds up. Just to give you a guide, my Irish sport horse who is about 16.3hh, weighs 640 kg. So you can see why he is the solo luxury traveller and has the whole 3.5 ton horsebox to himself! Just the way he likes it.

If you have two horses or three ponies, you’ll need the extra carrying capacity of a 7.5 ton, but be sure to check the payload of even these, as living adds to the weight and it has been known for some 7.5 ton lorries to be overweight with two horses!

How long have you been driving?

If like me, you’ve been driving since, ahem, before 1997 then it’s fine to drive anything up to a 7.5 ton. It’s only when you get over 7.5 tons, that you need an HGV licence or what’s now called LGV C (large goods vehicle) licence to drive. If you were born after January 1997, you can only legally drive a 3.5 ton. This does mean that there is a larger market for the 3.5 tons and these can command higher prices than you would expect for the size.

Will you be travelling long distances/staying overnight?

If you are mostly going to local shows, vet trips and fun rides then you don’t really need any overnight living. You may like some, what’s called, day living (e.g. a table to sit round and a hob to make a cup of tea). If you’re planning to drive longer distances for events and may have overnight stays, then you’ll probably want full living. That means a luton to sleep on, facilities for cooking and washing and maybe a loo. The latter usually means a 7.5 ton, but you can get overnight living on a 3.5 ton on the more expensive models. But again, everything adds to the weight, so be careful to check the weight certificate when you buy your lorry to check what you can legally carry. There are significant fines for being overweight, you’ll get points on your licence and if you’re pulled over and found to be overweight, you won’t be allowed to continue your journey, which is obviously a nightmare.

Don’t let mileage put you off

Don’t get too freaked out by a high mileage. Many horseboxes have done hundreds of thousands of kilometres. But since you’ll only do a few thousand miles a year compared to driving a car (however many times you like to go showjumping), it’s much less of an issue. Many vehicles will have been commercial vans before having been converted into a horseboxs, which is why their mileage is higher. If you can find out anything about the chassis, it’s better to have had a van with higher mileage that's been up and down the motorway than a milk float that has been stopping and starting over very short distances. But don’t worry about it too much.

Should I upsize or downsize?

I’m legally able to drive a 7.5 ton, but I downsized to a 3.5 ton a few years ago for a few reasons. Firstly, I am usually only ever transporting one of my horses at any one time. It’s far too much to expect more than one of them be sound to compete at any one time! It’s a shame not to be able to stay overnight in it (though this is possible in some), but at my age, I do quite enjoy a bed and breakfast with the luxury of a shower, flushing toilet etc. Plus, the 3.5 tons are amazingly economical to drive and also maintain in comparison to a 7.5 ton. You just need an MOT, not a plating and since there are simply fewer things to wrong on a 3.5 ton, the bills are considerably lower. Some people consider them less stable and this is where build quality really comes in. Make sure you buy from a reputable horsebox builder rather than someone trying their hand at conversions.

It makes sense to upsize, obviously, if you need the extra weight carrying capacity. Plus, some people are put off by the flimsy feel of 3.5 tons and are only happy putting their horse in a solid looking and feeling 7.5 ton. You do get a lot more for your money with a 7.5 ton as you are able to include more appliances and space for the tonnage. And on a rainy day, it’s a lot more pleasant to get changed and sit having a cup of tea in the living of a 7.5 ton, than squeezed into the cab or tiny living of your 3.5 ton. Horses for courses as they say.

Get someone to check it over for you

Whichever box you plump for in the end, it’s sensible to take a few precautions and consider getting a mechanic to check it over for you. If you don’t know one already, the AA will do this for you or try a service such as http://www.nationalhorseboxinspections.com/. At the very least pull the mats up and have a look underneath at the floor, especially in the horse area. An aluminium floor is expensive and considered safer. A wooden floor is acceptable but check it isn’t showing signs of rot. Check the cab for signs of corrosion and whether the ceiling is leaking at all. Plus, don’t forget to check to see if you can lift the ramp.

Whatever you choose, I wish you luck with your shiny new horsebox. Happy travelling!

The author of this article, Lisa Simpson, is a freelance advertising copywriter and amateur event rider, who currently competes her 17hh horse Jack at BE and BS. Find out more about her and her copywriting work on her website > https://lisasimpsoncreative.co.uk/ 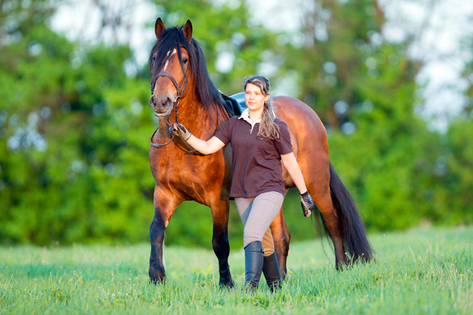 By Cheryl Johns - Livery List    2020-07-02
Buying a horse is not something to be taken lightly. The choices you make in purchasing a horse, and the subsequent decisions taken regarding its care and management, can pave the way for the success ...

The Ultimate Guide To Buying A Horse - Everything You Need To Know!

By Genevieve de Lande Long    2020-05-14
Buying a new horse can be one of the most exciting and nerve-wracking experiences for any horse-lover. It’s a huge commitment and it’s incredibly important to get it right, so you’ll want to mak... 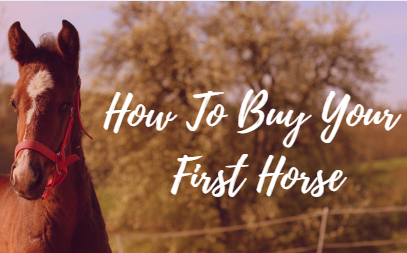 How to buy your first horse

2008-05-28
Owning your first horse is a very exciting prospect. It is ultimately what every rider aspires to. Visualize those lazy summer hacks down country lanes; competing at your local show; that first place ...
Newsletter
Follow us on
Share
Search for all things equestrian on the UK's number 1 equine marketplace!
on horsemart:
home | contact us | terms and conditions | testimonials | media pack | about us | sitemap | help | privacy policy | advertise your horse | affiliate disclosure | scams | private advertising costs | mobile site
©2020 Horsemart.co.uk - all rights reserved - a member of the Friday Media Group  |  dev (((:))) Memória Visual