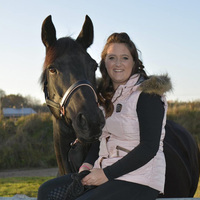 I have wanted to document our journey for a while now and what better way to do so than by sharing it with all of you. Hopefully, at the very least, it will be an interesting read for most of you – written in total layman’s terms – documenting the reality of treating and rehabbing a horse with Kissing Spine. At best, I hope it may help, encourage or inspire someone going through the same thing themselves while they’re trying to find their way in making the right decisions for their own horse.

As always, before I begin, I will reinforce that I am not a professional or a vet and I would strongly advise you consult a professional for advice on any diagnosis, treatment or management of Kissing Spine, as I did and continue to do myself. However, this post is intended to share an experience, give a real viewpoint on the method of treatment and rehab we chose and reassure people that they are not alone, it is not the end of the road and that sometimes, there is light at the end of the tunnel.

So, we will begin by stepping back in time to over two years ago when I first began feeling concerned about Dee’s behaviour and started the exploration into what may be causing her discomfort. I am fortunate to know Dee’s back-story – from birth through to when I became her owner – so I knew that since being broken in she had always been reluctant to comply when it came to flatwork and schooling, and that she preferred a varied and low pressure environment.

As a youngster she had been looked over by a vet, had her back and neck x-rayed and had been given the all clear and a clean bill of health, so her ridden quirks were always put down to personality rather than pain. Upon taking ownership of her, I quite naturally adopted the same mindset, knowing what I knew and not knowing Dee as being any different to how she was, and for the first couple of years all was well. We just hacked around and mooched about, no pressure and no ‘hard work’; the result – no protests from Dee.

It was around the time I’d owned her for a couple of years that things moved up a gear in what was being asked of Dee. My confidence had improved, I was getting stronger in my riding and I was ready to start to ask a little more of her than just a pleasure hack. So we began working a little more seriously, bringing schooling, regular weekly lessons and some jumping into our lives and with it gradually came a new, much more objecting Dee. Cow kicking, a reluctance to go forwards, planting and bunny hopping steadily became more and more prevalent in our sessions – only when schooling, never hacking – and initially I put it down to a behavioural issue and her testing the boundaries.

However, we soon realised that it was something more and Dee was clearly trying to tell us something. Cue several months of saddle checking, physio visits, osteopaths, supplements and head scratching to rule out any minor factors. Several professionals looked Dee over and strongly proclaimed their opinion that Kissing Spine or any issue with her back was not the problem and that overall, there was nothing visibly presenting as an issue. Maybe sacroiliac. Maybe hormonal. Maybe ulcers. Maybe attitude. Maybe, maybe, maybe. My gut kept whispering Kissing Spine in my head, don’t ask me why, but so many people who knew far more than me about such things were saying no, so I pushed it aside.

It was time to get the vet out. The vet did a full work up and again ruled out Kissing Spine or any spinal issue, and we proceeded to scan her ovaries – all clear – and then scope for ulcers. The scope did not show ulcers but it did show some inflammation and a hoard of nasty bots, so we treated to clear those and moved into a month of ulcer treatment to clear the inflammation. Dee had several weeks off during this and I prayed for a good outcome as I trudged up the muddy field at 5am, lunch time and at night to medicate her.

When bringing her back into work after this treatment there appeared to be a significant improvement and I began to feel like we may have cracked it. For a few months she seemed to be more willing, the behavioural symptoms lessened more and more and it seemed we had made a real breakthrough.

However, fast forward by a few months and I was in tears sitting in Dee’s stable with my head in my hands after another disastrous ride. Things had gone downhill again, and swiftly, and we were now being met with a refusal to move forwards, escalating to rearing if pushed, and a stressed out and unhappy horse. She wasn’t extreme in her behaviours, not like some I have seen, but I knew her and to me it was extreme.

Knowing what to do for the best was impossible. Every time I rode I felt like the most awful person in the world but so many professionals had given her a clean bill of health that it was hard not to feel like it may just be behavioural. For a few weeks we tried different things to overcome it; changing the routine up, pushing her through it, being firm, being passive, keeping it varied and adopting different approaches, but nothing was helping.

At the same time, I was being constantly bombarded with opinions, advice and criticism both from well meaning supporters and from strangers online seeing my content on our blog. I was a nervous wreck, online trolls comments spinning in my mind, feeling like I was a terrible person and unable to think clearly and objectively. My head felt like it was going to explode, and I was wracked with guilt, heartache and fear for what the future held for Dee and what I should do for the best. That nagging feeling that this was related to her back was still pulling at me but part of me was terrified to realise it.

I put Dee on field rest, unable to bring myself to ride her even for a hack for fear she was in pain, and after an in depth and frank conversation with my instructor, we both agreed that she should be looked at again by another vet and one who had experience in dealing with Kissing Spine. A huge amount of investigation followed in the coming weeks; lameness workups, prodding, poking, lunging, blocking of all sorts of body parts and we were all stumped. She wasn’t lame, she wasn’t tender to touch or manipulate, blocking her fetlocks made no difference and she presented zero ‘symptoms’ of Kissing Spine other than some of her behaviours under saddle.

A trip to the vets for the day was next; we x-rayed seven plates all the way along her neck and spine, and at the point of her spine where the saddle sits there were just two vertebrae that were sitting millimetres closer together than the others. So slight that my vet confirmed the majority of professionals would probably disregard it. We blocked her back and rode her at the vets and it was like another horse, we’re talking 80% improvement in her way of going. It was astounding.

To this day my vet says it is the most minor case he has ever seen on x-ray but it was clearly causing Dee a huge amount of discomfort from the ligaments pinching when she was ridden. It was one of the worst days of my life but equally one of the most relieving – we finally had an answer. It wasn’t a good one but it was an answer and now we could move forward to making her comfortable again.

We explored two treatment options; ligament snip and bone shave surgery, or steroid injections and shockwave therapy. Initially, I was leaning toward the operation, worried that the injections wouldn’t work or would just be a short term fix to delay the surgery. Again, I was bombarded with advice and opinions, all of which I did appreciate but also found unhelpful as they just made me feel more confused and worried about what the best choice was. In the end, I had a long, honest chat with my vet and my instructor – the two people whose opinion I trusted the most and who had the experience – and he was confident that because Dee’s case was so mild and she had reacted so positively to the spine block that injections and shockwave, followed by a rehab plan, should work really well for her. They were also far less invasive and distressing to put her through than surgery.

Dee was injected in four places along the affected points of her spine and then had three sessions of shockwave therapy across several weeks.

She was an absolute saint the entire way through and almost immediately her temperament and personality on the ground was night and day. She had always been quite stressy on the ground and ‘hot’ but she was now calm, affectionate and laid back. Just seeing how much happier she seemed made my heart soar and I knew that, even if she never came back into ridden work, I had made the right decision. It had been the most heart wrenching, anxiety filled, stressful year of my life and the worry I felt throughout was intense but she was clearly much more comfortable and happy, and that was all I truly wanted.

The requirement for box rest was only two days and we were told she could begin ridden work immediately after this, however, that is not the approach I took... keep an eye out for ‘Our Kissing Spine Journey – Part 2 | Rehab: From The Ground Up’ to read how we approached rehabbing Dee after her treatment and the continuation of our road to recovery.

I will finish this by saying to any of you who are currently battling with diagnosing an issue with your beloved horse or struggling to come to terms with a diagnosis, you are doing a great job. Our horses cannot talk; we can only interpret their actions from their behaviours and do our best to work out what is going on. No one is going to get it right first time, every time. If you feel you need to try different methods, explore other approaches and rule things out before you call the vet and escalate to more serious investigation, do it. Trust your gut, do the best by your horse, you know them best. Try not to let the views of others cloud your judgement, overwhelm you, knock your confidence or make you feel bad. This is real life; we are all just doing our best and finding our way. It is a long, hard road sometimes, I won’t sugar coat it and tell you it isn’t, but it is so worth it.

Our Kissing Spine Journey - Part 2 | Rehab: From The Ground Up 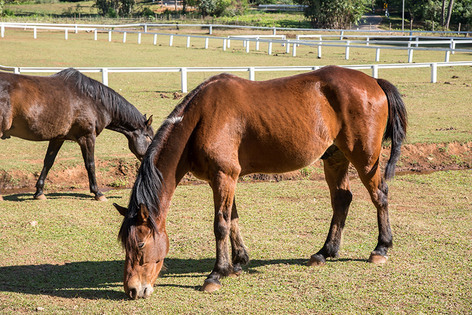 Underweight Horses Or Ponies - How Do We Deal With It? 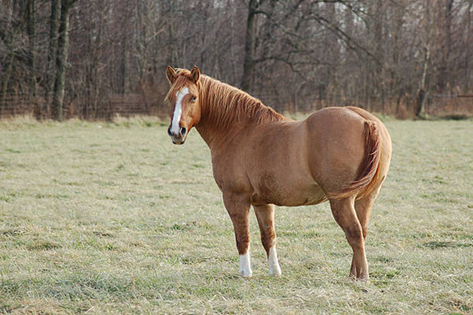 Obesity In Horses - How To Tell If Your Horse Is Overweight & Help Them Lose The Pounds!