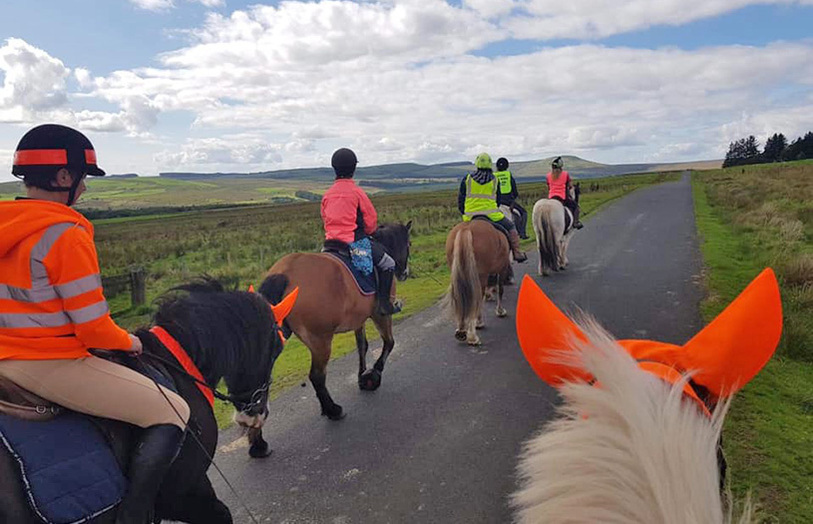 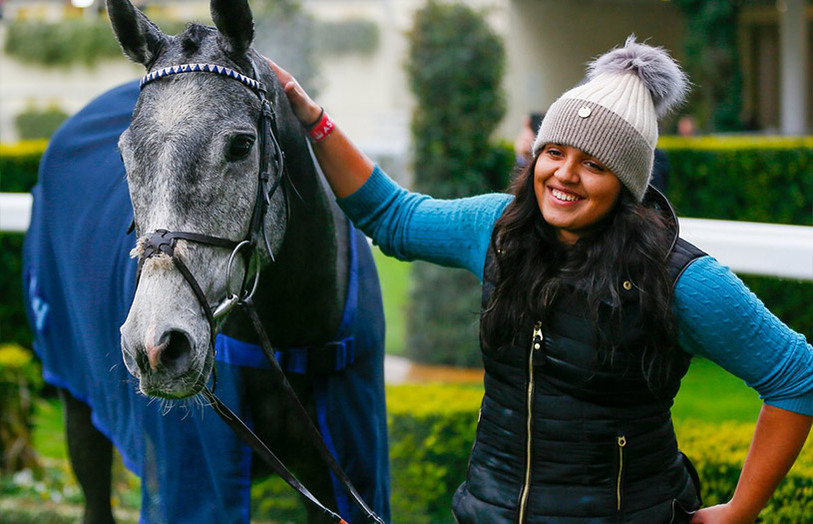 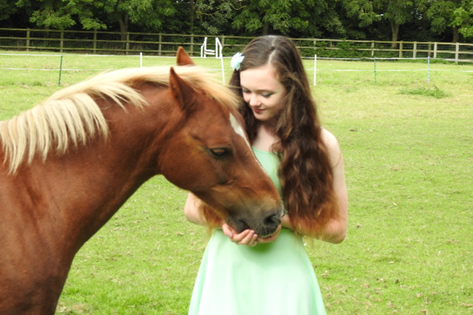 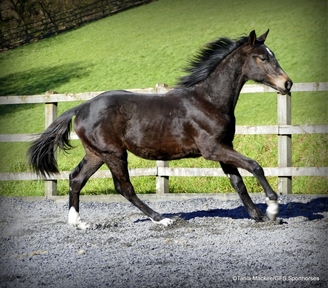 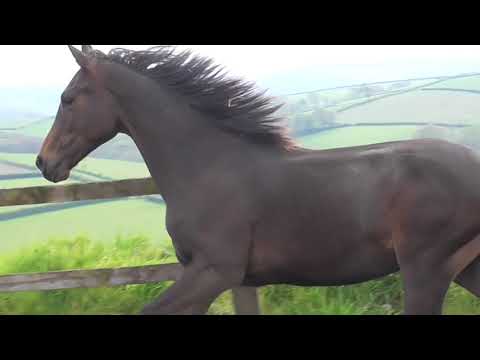 This tall and elegant yearling is both tall and full of presence. I would envisage him attaining a height of 17hh at the very least. He is still very leggy and growing at a prodigious rate but he is a stunning looking young horse with the most exceptional temperament.


The descriptions 'uphill', 'expressive' and 'elastic' epitomise the way he moves and carries himself as he glides across the arena. He covers the ground with so little effort and with enormous style. At this stage he shows every indication of a young horse who will develop to a stage where he will produce a more than impressive dressage test. And, as there is also no reason to disbelieve that this athletic lad will similarly fulfil the jumping talents promised in his pedigree and show as much class and style over a fence. He has great balance and a notable turn of speed.
His breeding and pedigree combines GP dressage with GP show jumping - horses of exceptional versatility and superb, trainable temperaments who are a joy to ride and produce under saddle. This is young horse will be equally at home in any of the three major equestrian arenas.
GFS Kalahari is one of the kindest, most gentle characters with the most obliging nature and a generous, unassuming personality. He is so mannerly and eager to understand what is being asked; this is a young horse who absorbs information like a sponge and acts with great intelligence and a genuine willingness to learn and to please. He is fabulous to handle, calm, uncomplicated, happy to leave his friends and walk away without fuss and just generally so easy. He behaves well with the farrier, is easy to worm, catch, rug and has impeccable stable manners.
He is fully Registered with the AES.
He will be an incredibly rewarding youngster to produce and will doubtless have a very exciting future ahead of him with anyone looking for a very tall, dark and exceptionally handsome horse with talent, style and charm.
A Little about the Breeding - probably not so interesting if he hasn't already caught your eye, but written just in case you would like to know more! :
His dam is out of an Elite Graded mare by Accondy, her sire Treliver Decanter competed to GP dressage - a stallion with a wonderful temperament and spectacular looks and descended from numerous famous dressage and jumping lines and sired by Dimaggio. This stallion was World Breeding Champion in 2000 and whose sire Don Primero who was an international dressage horse and the producer of at least 15 international offspring.
Kalahari's great grandsire World Cup I is recognised as an important dressage sire with numerous offspring competing at International level. His great grand sire on his damline, Graditz, is the sire of the famous International dressage horse Gigilo and also produced several stallion sons. Graditz’s sire Grande was a famous show jumping sire who produced numerous stallion sons and also had a number of international show jumping and dressage progeny. Grande produced 33 approved sons, 34 states premium mares and sent three of his showjumping progeny to the Olympic Games.
GFS Kalahari's sire is the young AES Graded stallion GFS Eskimo Jo whose first real crop of foals in 2020 has been very encouraging. His sire Paddy of Liosin who is by Crown's Ace of Pearl and out of an Olympic Lux mare is currently competing Novice level BE with both the scope and talent to progress now the the season has recommenced! Olympic Lux is a KWPN stallion and prolific sire of of over 15 show jumpers and 15 eventers, all competing at top level. His sire, Lux Z has made an enormous impact on Holsteiner sports breeding. As well as being an Olympic show jumper he has sired over 60 show jumpers and significant numbers of both eventers and dressage horses.
Eskimo Jo's dam was a Graded Holsteiner by Corrado I out of a Landgraf mare. 100% jump bred, her sire, Corrado is another Olympian with over 120 show jumping progeny to date. He is considered as the founder of a Holsteiner sire line of his own! In his stallion performance test he scored an unprecedented 10 for both his loose jump and that under saddle.
Corrado is by Cor de la Bryere, a stallion that revolutionised jumping horse breeding. He too had an incredible impact in Holsteiner and he occurs in more than 80% of the top performance pedigrees as well as being credited with improving the breed's jumping technique. His sire Rantzau was from 1971-1973 the leading sire of dressage horses, show jumpers and event horses in France. He is regarded as the best thoroughbred stallion who ever entered the French sport horse breeding industry.
Corrado's dam, Soleil was a Nations Cup eventer and was herself by the extraordinary jumper, Capitol I, a stallion known to have 'put wings' on a legion of offspring. It is thanks to his influence that the Cottage Son xx line became one of the most influential thoroughbred infusions in Holstein breeding.
Holsatia IX, Eskimo Jo's dams dam, was by the show jumping Olympian/World Championship stallion Landgraf I. Labelled by many as the 'stallion of the Century'. Immortalised in bronze at Elmshorn where he stands as the symbol of the modern Holsteiner Sport Horse. Her dam, Wicke III was by Caletto II (a son of Cor de a Bryere
Please do look at our website if you would like to see or learn more about this special yearling or any others you make wish to enquire about.
...Read full description
CategoryHorses
SubcategoryYoung Stock and Foals
Additional CategoryDressage Horses
Price£ 7,500
Horse's nameGFS Kalahari
Age1 yr 2 mths
ColourBay
GenderGelding
Height17 hands
BreedWarmblood 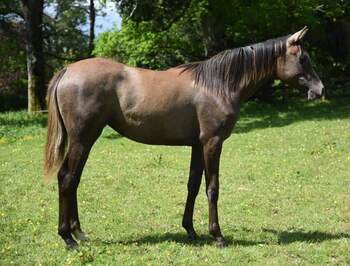 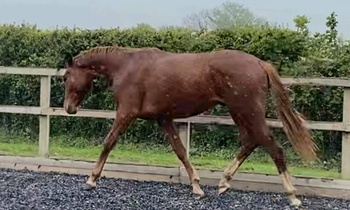 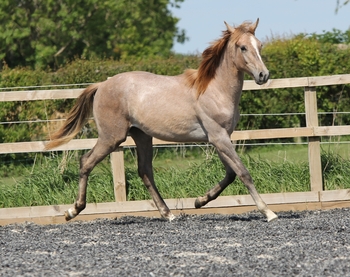