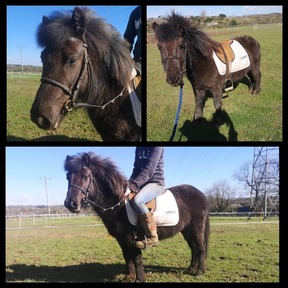 Layla - gorgeous all round pony


11.1/2 approx 5yo dark bay mare - Dartmoor Hill Pony.
Layla is a lovely quiet character that takes absoloutely everything in her stride. She came to me from Corndonford farm in Dartmoor desperate for a chance at domesticated life, and has lapped up every second of it since.

Layla is perfect to handle, she ties and stands for as long as she is asked for. Happy to be groomed all over, including legs, head and tail. She is yet to be trimmed as doesnt require to be so; however I have held and tapped her feet in all the positions the farrier would hold her, and she does not mind.

Layla has been lightly backed; obviously as she is only 11.2 and I don't have a string of small jockeys, we have kept this simple as to not unbalance her. My jockey is an adult however only 7 stone, so will not have damaged her untouched back. She did not move a muscle when being sat on for the first time, and walked around the stable happily. (Have footage from start to finish in which I am happy to share). She has been walked on and off lead rein open field and was perfect throughout. This will continue until she is sold. She walks out really nicely and confidently with a great forward pace, the sort that one day in the future I could definitely see on the hunting field with a brave enough dinky dot!

I am based on a 40mph hugely busy road with a constant flow of traffic that show very little consideration for horses, and she has been out and walked 200 yards down the road to the next layby and watched the traffic quietly. (Also have footage of this). This also included a van flying past at a speed that even made myself want to jump back; and she did not move a hoof.

Layla is an absolute delight in the paddock. She is extensively electric tape trained, so much so she is actually very wary of it so there is no fear of her ever doing a typical pony escape. She is happy to be left alone in the stable or paddock, and does not call or pace when her companion was taken away to be worked. She is improving to be caught. With a headcollar you can catch her instantly although still ever so slightly wary without. With food however this isn't a problem in the slightest.

Layla is happy to be rugged; however now in a lush grassy paddock so kept un-rugged to try and encourage the belly to explode as much! She is turned out with her Dartmoor hill gelding friend and shows no signs of being mareish. She has also turned out previously with my older and larger mare and again was good as gold.

Layla has been lunged and long reined in which she took instantly to both and was happy to walk trot and try a canter (good attempt unbalanced on slippy grass!) And also walk and trotted on the long reins.

Layla is currently stabled over night in an open stable/pen with her dartmoor friend (5 horses and only 3 stable issue!). She however is happy to live in or out, rugged or un-rugged. She is also incredibly clean and poo's all in one spot! (Perks!).

Layla would be a perfect companion due to the fact she is more than happy to be stabled alone or have her field companion taken away. As she has however also taken to being ridden so well, she would make a great kids pony in the future. She will stand quietly for as long as you ask her so would be more than happy to allow dinky ones to quietly brush and fuss her.

Due to Layla coming to me from the moor, and the fact she hasn't done a huge amount of ridden work. Layla is available as a very lightly backed all round family/eventual kids/companion pony. I would not recommend her as a first ridden or complete children's pony in the ridden aspect as obviously I have not fully vetted her in doing so, not that I believe she would have any issues however! I have footage of everything described in her advert, and of course more than welcome to viewings. ...Read full description
CategoryHorses
SubcategoryFamily
Additional CategoryAll Rounders
Price£ 500
Horse's nameLayla
Age4 yrs 6 mths
ColourDark Bay
GenderMare
Height11.2 hands
BreedDartmoor hill pony
Display map 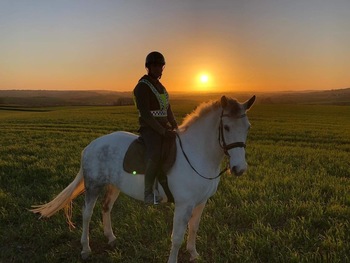 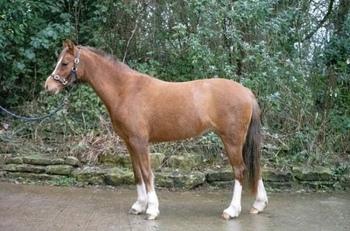 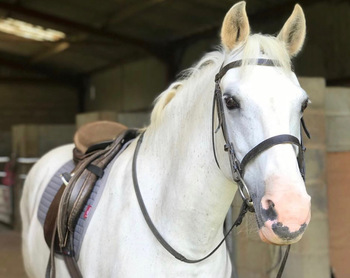