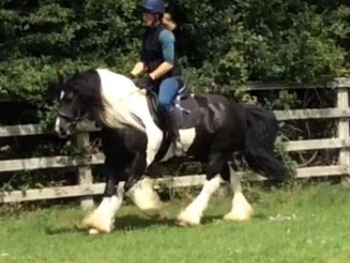 George is a good natured pony, he has been my hacking pony and lived with us on the farm.


He hacks alone, does prefer to go out with company and is happy to go first or last. We have hacked in the forest and around the local area, also used the local indoor arena to work in. He has hacked around our busy country roads and is generally good with all traffic but can tense up if a large lorry gets too close to him on the narrow roads.
He is a responsive ride and will stand nicely for mounting at home and out hacking.
He may be only 14.1 but he does take up your leg well and has a nice forward going stride.
He is hot shod on the fronts and is good with the vet and farrier.
He does prefer to live out and will run happily with both cattle and sheep and other horses.
The reason for George finding a new home is we now have our herd of pigs at home he became increasingly unhappy with them being around and won’t settle. I decided to move George into livery where he is so much happier, is improving his fitness and he is now ready to find a nice new home without pigs.
George has had a history of hunting and riding club and he could make someone a fabulous all round pony.
Videos on request of roadwork and open field canter...Read full description
CategoryHorses
SubcategoryColoureds
Additional CategoryFamily
Price£ 3,250
Horse's nameGeorge
Age13 yrs
ColourPiebald
GenderGelding
Height14.1 hands
BreedCob
Display map 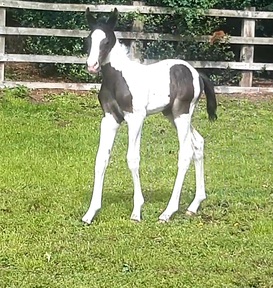 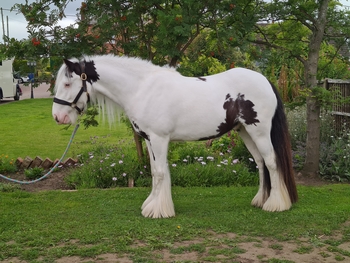 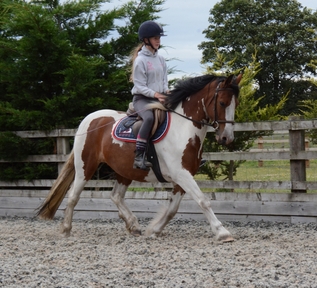