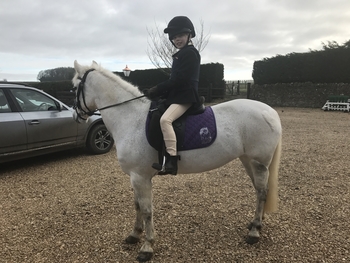 
Poppy is a great jumping pony, forward but with brakes. Great competition pony with the right jockey. She’s not a kick along as she’s very responsive to the leg. She’s so easy to have at home, good to catch, loads herself, clip, shoe and hack. She can be kept in or out, loves fuss and pampering, currently owned by an 11 year old girl who has spent the last 4 years cuddling her and teaching her tricks.

She would also suit a small adult/teen who wants to hack and have some fun. I’m 5’7’ and have been hacking out with the kids all winter on her. She loves standing outside the pub/shop having a drink and a packet of crisps.

Poppy’s previous owner, who outgrew her but still keeps in close contact, used to do a lot of unaffiliated show jumping (up to 80cm) with her. They qualified and competed at Cricklands in 2013 and 2014 and were regularly placed. They also competed for the school team and represented Warwickshire at the NSEA County championships at Bury Farm in 2014. Poppy loves Cross Country and they were successful in a few Eventer Challenges and ODE's. They also did Pony Club Senior Camp 3 years running and Poppy was an absolute star! Poppy also went to mini camp 2019 with a competent jockey. 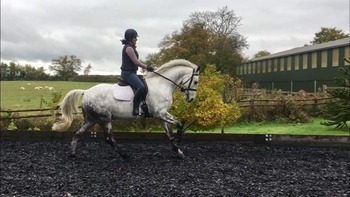 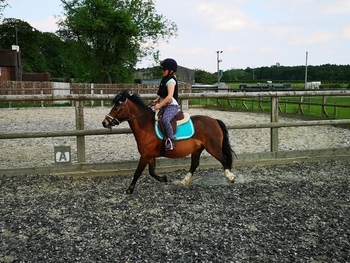