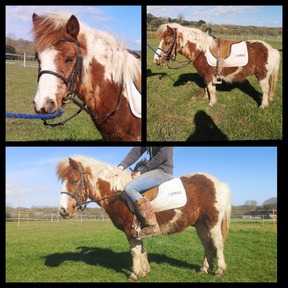 
11hh approx 5yo skewbald gelding with two blue eyes. He is a Dartmoor hill pony which of course aren't purebreds, but I'm sure he has some Shetland in him also as he's built like a fluffy little barrel on legs!

Dennis is an absolute sweetheart, he has been very docile from the second he stepped off the trailer and takes everything in his stride. He will be a fab all round family / eventual kids pony as is more than happy to be cuddled and poked by my little boy (4 years old). Dennis stands quietly to be brushed etc, he's a bit of a labrador so as long as he has something to munch he's your best friend! Happy to be groomed all over, including legs, head and tail. He is yet to be trimmed as doesnt require to be so; however I have held and tapped his feet in all the positions the farrier would hold him, and he does not mind.

Dennis has been lightly backed; obviously as he is only 11hh and I don't have a string of small jockeys, we have kept this simple as to not unbalance him. My jockey is an adult however only 7 stone, so will not have damaged his untouched back. He did not move a muscle when being sat on for the first time (so much so I was convinced he's done it before!), and walked around the stable happily. (Have footage from start to finish in which I am happy to share). He has also been walked on and off leadrein in an open field, and tried a couple strides of trot. This will be continued until he is purchased.

I am based on a 40mph hugely busy road with a constant flow of traffic that show very little consideration for horses, and he has been out and walked 200 yards down the road to the next layby and watched the traffic quietly. (Also have footage of this).

Dennis is hugely easy to do in the field. He is very wary of electric tape fencing so will never escape like a typical pony! He has had his field companion taken away from him both in the stable and the field, he does neigh but does nothing silly. He is improving with his catching in the field. With a headcollar on you can catch him straight away however he is a little wary without, however the second he sees a feed bucket you can catch him within seconds!

He has worn rugs and is happy for them to be chucked on and off. Currently out naked as he has a rather round belly so does not require one! He has been out with mares, geldings and colts and is a dobbin throughout. He is quite low in the herd so does prefer a field companion that's going to be nice and gentle to him!

Dennis has been lunged and long reined. He was perfect to do both again to the point I wondered if he has done it before! He did become a little worried when he spotted me running behind him trotting on the long reins - but after a few attempts took to it very nicely.

Dennis would be happy to live in or out, rugged or un-rugged. He does live off fresh air so will be a cheap and cheerful pony! Despite his tubby nature he has shown no signs of laminitis etc.

I think Dennis would suit an all round family home, hed be happy to plod around on or off the lead rein or would make a companion. He's great with kids so would stand happily to be cuddled and fussed all day.

Dennis' one and only vice that I've found is that he is slightly cautious of ropes/tape etc on the ground, he is improving daily, however if a hose etc is run past or over his feet (the actual hose not the water) he still is unsure. And also very cautious of electric tape so best for no dinky dots to lead him through narrow electric tape gateways as he can sometimes whizz through!

Due to Dennis coming to me from the moor, and the fact he hasn't done a huge amount of ridden work. Dennis is available as a very lightly backed all round family/eventual kids/companion pony. I would not recommend him as a complete first ridden as obviously I have not fully vetted him in doing so, not that I believe he would have any issues however! I have footage of everything described in his advert, and of course more than welcome to viewings....Read full description
CategoryHorses for Loan
Price£ 500
Age5 yrs
ColourSkewbald
GenderGelding
Height11 hands
BreedDartmoor hill pony
Display map 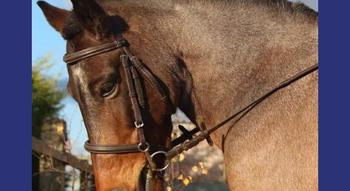 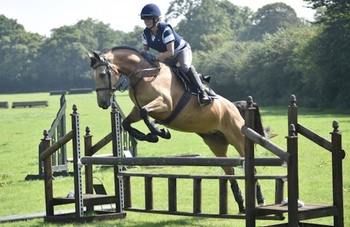 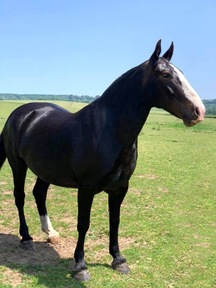