We caught up with one of the best equine hospitals in the country to talk about breeding.

The team of dedicated stud vets at The Arundel Equine Hospital are made up of Ed Lyall, Paula Broadhurst, Simon Staempfli, Noelle Baxter and Suzanne Duncan.  Together they provide a wide range of stud medicine services, including Artificial Insemination (AI) and Embryo Transfer (ET). The team are all very experienced and hold postgraduate qualifications in reproductive medicine. Suzanne Duncan has joined the stud team as our foal care specialist, having worked at Arundel for 10 years.

The stud team provide routine and emergency services to stud clients 24 / 7.  This means that if your mare requires work to be carried out as part of her AI programme on a Sunday, your mare is foaling at night or you have a sick foal, it will be a stud vet you see.

AI is the technique used to transfer appropriately processed semen, collected from a stallion, into the uterus of a mare at the correct time in her oestrus cycle in order to obtain a single pregnancy. The semen can either be fresh, chilled or frozen and it means stallions in the UK and abroad can be used, even semen from deceased stallions. Fresh semen is usually collected, extended and stored at room temperature in an airtight, light free container for use within 8 hours. Semen that is to be used longer than 8 hours after, but within 48 hours of collection, should be chilled to 4ºC and stored for shipping in a special container. Semen that is required to last longer than 48 hours is frozen in liquid nitrogen at a temperature of -196ºC. The success of an AI program is very dependent not only on the stallion’s semen but also on the careful veterinary management of the mare pre and post covering. This means that the semen is placed in the uterus at the correct stage in the mare’s cycle and that appropriate post insemination checks and treatments are made.

We use the most up-to-date techniques to manage AI mares, including insemination of frozen semen using a deep intrauterine technique. Over the last few years this technique has been used to inseminate mares with small volumes of chilled, as well as frozen, semen from the continent and we have seen a significant rise in the in-foal rate. Experience of dealing with thousands of mares over the years has allowed us to develop effective, simple routines and protocols for artificial insemination.

The collection of frozen semen can allow a stallion to compete internationally without having to worry about stud duties and temperament changes whilst covering. Similarly, ET is a technique that has been developed to enable mares to continue to compete while still producing foals. A mare’s fertility decreases as she gets older and this reduction in fertility appears to be more rapid in mares that have never had a foal. Therefore, once a mare is retired from competition in her teenage years and put to stud, her ability to become pregnant can actually be very poor.

To try and avoid this situation, owners will sometimes breed from fillies at 2 to 3 years of age prior to breaking in, so that they at least have one offspring before starting a competition career. Alternatively, ET can be used to produce foals while the mare is actively competing. Embryo Transfer involves the careful synchronisation of a donor mare (the mare you want the foal from) with a recipient mare (the mare we will transfer the pregnancy into). Then on a day individually selected depending on the situation, (usually day 7 or 8 after ovulation), the embryo is carefully flushed out of the donor mare and transferred to the recipient mare. A pregnancy scan is then performed about one week later on the recipient mare and subsequent scans as indicated.

Since 2008, we have performed a significant number of successful ETs by flushing the donor mare and directly transferring the embryo into a recipient mare or sending the embryo chilled to a recipient mare facility. The donor mares are covered via AI in their own stable yard or at one of our AI centres. The flush can be carried out at the yard, AI centre or at our hospital. The flushing process takes between 30 and 60 minutes to perform, then the donor mare can go home to continue her normal competition routine. Once processed properly the embryo is either directly transferred into the recipient, or transported chilled the same day by courier to the recipient mare facility where the embryo is transferred into the mare that was best synchronised with the donor.

For more interesting stories and pieces like this, feel free to visit our news page. 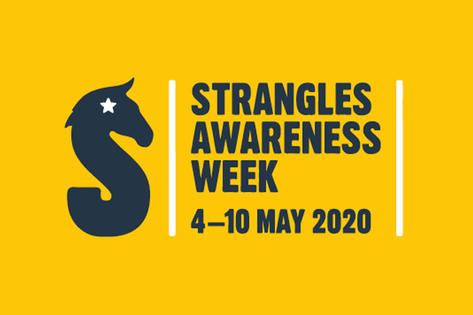 By Cheryl Johns - Livery List    2020-04-29
The equine community is being urged to get behind the first Strangles Awareness Week to help eradicate the stigma around the disease. Strangles is an equine infectious disease that has over 600 cases ...

2020-03-04
Since the inaugural date in 2004, the International Eventing Forum has grown into a ‘must attend’ pre-season fixture for both Eventing coaches and riders. However, they say that all good things mu...
Newsletter
Follow us on
Share
Search for all things equestrian on the UK's number 1 equine marketplace!
on horsemart:
home | contact us | terms and conditions | testimonials | media pack | about us | sitemap | help | privacy policy | advertise your horse | affiliate disclosure | scams | private advertising costs | mobile site
©2020 Horsemart.co.uk - all rights reserved - a member of the Friday Media Group  |  dev (((:))) Memória Visual