The yard where I kept my first horse, had a sign hanging up in the tack room, saying

“The hardest thing to see is what is in front of your eyes.” Johann Wolfgang von Goethe

Maybe they were just warning you to look, before yelling out that you couldn’t find your girth, but that quote has always stuck with me.  When you see something every day, you stop seeing it. Which is why its really vital to ask the question – what is your feedback?

Recently I was at a saddle fitting CPD day, and one of the things that the coaches were saying was, the horses gave us feedback on that girth, or that saddle pad etc.  One of the participants said – huh? How did your horse give you feedback? They replied – the horse might put his ears back when he sees you approach with the saddle; he could threaten to bite you; dip his back away; bite at the saddle or girth; chew at his side after you have undone the girth etc.  All of these points are feedback from the horse. If your horse stands quietly with a smile on his face while you potter around him, doesn’t react to having the saddle on, isn’t stressed about the girth, moves well under his saddle, you are getting pretty good, positive feedback. The challenge comes in, where the saddle was fitting well, and over time it isn’t – maybe the horse has changed shape, or the saddle needs flocking, or the tree was damaged, but gradually, gently, over time, the horse started showing that he was a little less willing about tack.  He shuffled his feet away from you, he shook his head at you, he snapped his teeth at the girth. It’s hard to see, because each day is just a little more than the day before. The frog in a pot of boiling water. Your saddle fitter comes out to check, sees the signs, and immediately says – your saddle isn’t fitting, your horse is giving you feedback. Which, when it was happening slowly, right in front of your eyes, was the hardest thing to see.

Is this the only type of feedback needed?  No, we all, no matter how experienced or thoughtful, or logical, need feedback.

Recently, I was teaching a clinic, and at the end the hosts asked for my feedback.  Was I happy with the condition and training of the horses, the tack, the arena, the yard, the organising, was there anything I would like to tell them, or suggest improvements, or differences?  We discussed one or two very minor things, but overall, I thought everything was fabulous, and was very happy. And, by taking the time to ask for feedback, they were tackling small issues before they became big issues.  Perfect.

On thinking about that, I asked for their feedback about the lessons that I had taught.  I was happy with the way things had gone, and the pupils seemed happy, but just to check?  They said, hmm, maybe I should be making it clearer that the pupils should be praising their horses sooner, for any attempt of try on the horse’s part.  Interesting, I thought. It’s so automatic for me to praise my horse when I am working with him that maybe I forget to tell others. And since then, I’ve been much faster to say – yes, good, reward him.  It’s something simple – asking for feedback, listening, putting in motion, that improves everything.

A different yard, where I tried teaching briefly, didn’t work out, because they didn’t ask for, or accept, any form of feedback.  There was a horse who would come out lame, and still work in lessons. The mare is lame, I’d say. She ‘s always like that, they replied, it’s fine, she works anyway.  Your saddle doesn’t fit, I’d suggest? It’s fine, we checked it, was the response… It bounces on her back? She’s happy, they’d say, we checked, it’s fine. There was a lot going on in that yard, and their response was always – this is the way we do it, we’re in a nice routine, so this is the way that it will get done.  If you always do what you always did, you’ll always get what you always got. Some people are open to ideas, feedback, sounding boards, and some? Well, some aren’t. When was the last time you asked for feedback, from friends, trainers, peers, clients, pupils, coaches, saddle fitters, your horse? And if they give feedback, are you ready to hear it? 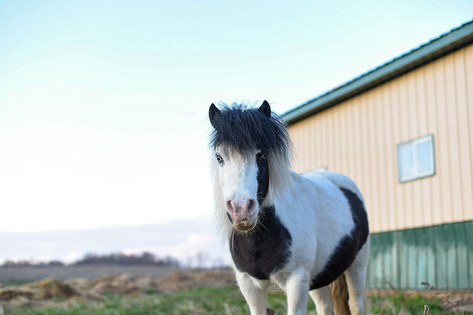 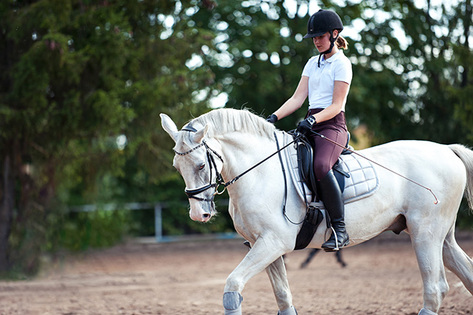 The Rider's Aids Explained - How We Communicate With Our Horses