With all the modern amenities that come installed in horseboxes today, we’re used to traveling in the style to which we’ve become accustomed. From kettles and toasters to cookers and fridges, we’re never too far away from our home comforts. But what does that mean for us in terms of powering all this on the road?

As it stands, the majority of horsebox batteries available on the market are standard lead acid batteries, which, as we all know, are slow to charge, require charging frequently and deteriorate rapidly. Should we really be dictated to in this way, in this day and age, or is there a better way?

Lithium batteries first made a commercial appearance over 25 years ago, the impact of which has since been felt by many major technology markets across the industry, with lithium-iron power now used in everything from smartphones and laptops to life-saving medical equipment. However, have you ever considered taking this power on the road with you to keep you living in comfort?

We put both types of battery through their paces to see how they measure up. We tested a leading lithium-iron phosphate battery, the 100 AH Transporter Energy Lithium-Iron Battery LiFePO4, against a standard lead/AGM battery, and these were our findings…

Amp hours, what does this mean? This is the measure of energy charge in the battery that allows 1 amp of current to flow for 1 hour. The average lead acid battery has a total of 22,000 AH at 50% depth of discharge (the percentage of battery that is discharged in relation to the full battery capacity) whilst the 100 AH Transporter Energy lithium battery offers a whopping 400,000 AH at 80% DoD.

As shown above, you would need 18 lead acid batteries to achieve a similar level of total AH and even then they would fall short in comparison! The Transporter Energy Lithium-Iron Battery is therefore not only the most capable but a lot cheaper, whilst also taking up less space and weight.

The depth of discharge is also an important consideration. At 50% DoD, lead acid / gel voltage is not sufficient enough to power modern electronics such as LED lights, air conditioning and kitchen appliances, because they all need at least 12 volts to run. When using a lead acid / gel battery, you can’t take it higher than 50% DoD, as this will cause severe deterioration. Running on a higher DoD on a lithium battery, however, doesn’t cause any deterioration at all - making it the obvious choice for long journeys across the country.

Competing in beautiful countryside locations is part of the joy of equestrian life, and there’s no need to give up your creature comforts to chase your equestrian dreams. However, we could all do without the worry and inconvenience of lengthy charging sessions. There’s nothing worse than waking up the morning of a show and realising you haven’t charged the horsebox battery!

While standard lead/AGM batteries can take anywhere from 10 to 16 hours to charge fully, Transporter Energy Lithium-Iron Batteries can be charged from 0 to 100% in as little as 1 hour, with no risk of overcharging. Once charged, the battery can be left unused for up to 4 months whilst still retaining over 90% of its charge. An equivalent lead acid battery would not only go flat if left unused but would also become damaged over time. This Lithium-Iron battery has a built-in management system that protects itself from incurring any damage, eliminating the expense of maintenance or replacement.

This means you could charge the horsebox battery well in advance of an event and help reduce some of the last minute prep, which can be stressful enough as it is. Plus, even if you completely forgot to charge, this would allow you to do so in the morning in the time it takes you to load up. Stress-free!

Another problem we encounter when using lead batteries is the fear of everything turning off. When they go below 12 volts it can cause all of your appliances to begin powering down. A lithium-iron battery offers a maintained and stable voltage all the way until it is nearing zero, meaning you’ll never be without your amenities. A straight and constant power curve from start to finish, as opposed to the ever-decreasing power curve of a lead battery.

You can see that to match the amount of charge cycles from lead to lithium, you’d need a lot of lead batteries. Just one Transporter Energy Lithium-Iron battery is capable of 5000 charge cycles which they say is expected to last roughly 15 years, meaning a huge reduction in cost in addition to much less frequent battery changes.

It’s never been more important to ensure that we are minimising our effect on the environment. The Transporter Energy Lithium-Iron Battery offers many eco-friendly benefits, most importantly that it is 100% recyclable. The long, 15-year life-span saves the inevitable result of regularly disposing of toxic batteries during this time. These batteries are also far more efficient at absorbing power, so if you’re using renewable energy from your horsebox or lorry’s solar panels, the lithium will absorb more power more quickly, especially under typical overcast British skys.

LPG Gas requires safety checks for good reason as it is a highly flammable substance. When transporting horses and other livestock, their safety is of paramount importance. There’s nothing quite like that moment of fear when you have to light the gas hob in your horsebox... (and breath)!

These new lithium batteries are so powerful that it’s now possible to power all of your equipment and do away with the need for any gas appliances! Going fully electric and Gas-free eliminates these worries and any need for gas checks. As well as these benefits, using a lithium battery completely eradicates the risk of toxic fumes, fires and explosions on board. Lead batteries would still carry all of these potential dangers as well as carbon monoxide risks to both you and your horses.

Transporter Energy has built a fully electric, gas-free prototype motorhome to demonstrate the possibilities of living completely off-grid, thanks to their amazing battery’s capabilities. The vehicle has been kitted out with a bank of six of the 100Ah lithium-iron batteries (weighing in at only 13.1kg each in comparison to leading lead acid batteries which come in at about 35kg each), along with an array of smart appliances that it can operate, which they have called the Transporter Energy Pod. This comprises an induction hob, fridge, water heater, microwave and even a barbecue! The Pod package is completed by a battery monitor, battery charger and inverter.

When planned properly a system like this could run indefinitely using power collected from solar panels, the engines alternator and maybe a small wind generator meaning you have a fully-green power system.

Around 70% of equestrian yards, liveries and stables in the UK don’t have access to mains power and are forced to use inferior lead acid batteries or expensive generators to run much-needed lighting and equipment. This is a costly process, with frequent battery replacements required due to the daily charge cycling. A lithium-iron battery could drastically reduce this cost when divided over the life-expectancy of the battery, and they work brilliantly with a solar powered set-up, as the batteries charge much faster, safely storing power for when you need it the most.

Swapping your old lead acid battery out for a new Transporter Energy LiFeO4 battery couldn’t be easier. They are a standard size and use universal connections, making the process a simple drop-in replacement. They’ll even fit it and test it for you, completely free of charge, at one of their two national sites, saving you the normal fitting fee of up to £500. Plus, due to their far superior life-expectancy of 15 years, this shouldn’t be something that needs to be done more than once during your ownership of the vehicle.

Here at Horsemart, we highly recommend making the switch to the Transporter Energy Lithium-Iron Battery today! This battery is a fantastic investment, and will save you time and money in the long run, whilst increasing the safety of your horsebox, and in turn, the safety of your horses. Alongside all of the benefits already detailed about this market-leading product, Transporter Energy’s offer of 0% finance across the 15 year life expectancy (with the addition of a 10 year guarantee) makes it a no-brainer.

Transporter Energy is the European and UK division of Dragonfly Energy, a US based company. Dragonfly is at the forefront of battery technology, researching and developing the world’s most efficient Lithium-Iron batteries and energy storage products.

Transporter Energy is the sole distributor of their batteries in the UK and Europe and therefore offer a huge amount of knowledge and experience in this field, as well as the leisure industry. Get in contact to find out more about upgrading your horsebox and electrical system, as well as your off-the-grid yard. 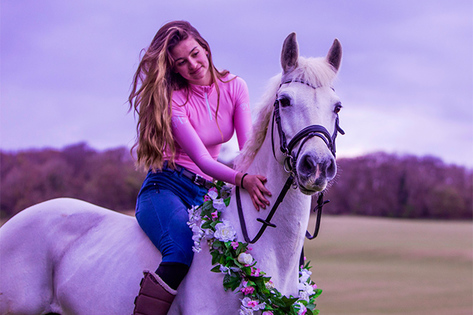 Meet The Latest Member Of Our Content Team, Lily Chandler!

By Lily Chandler    2020-05-27
Hello! My name is Lily Chandler and I’m an 18 year old equestrian from the South East of England. Unlike a lot of people I know, I didn’t grow up around horses, nor have a horsey family. My mother... 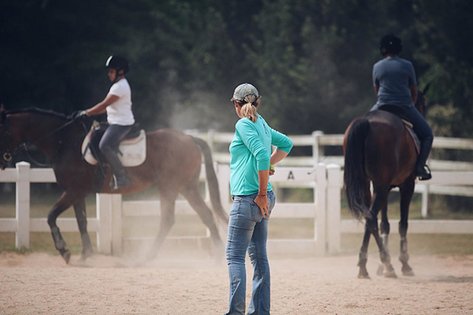 Choosing The Right Training Path - 'Which Route Will Take You Where You're Going?' 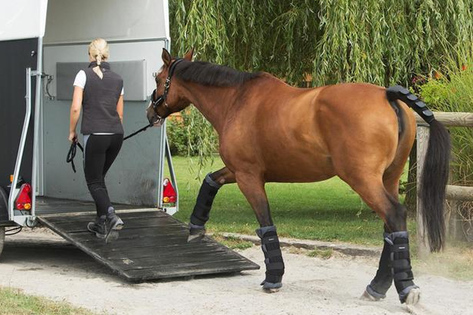 Managing Security Deposits And Holding Deposits For Your Yard

By Cheryl Johns - Livery List    2020-05-18
Livery yard owners taking deposits from their clients is now becoming commonplace, but many yard owners are still cautious as to the implications, and that such requests may put off potential clients....
Newsletter
Follow us on
Share
Search for all things equestrian on the UK's number 1 equine marketplace!
on horsemart:
home | contact us | terms and conditions | testimonials | media pack | about us | sitemap | help | privacy policy | advertise your horse | affiliate disclosure | scams | private advertising costs | mobile site
©2020 Horsemart.co.uk - all rights reserved - a member of the Friday Media Group  |  dev (((:))) Memória Visual