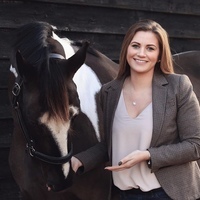 Back in November I had the chance to attend Piggy French Training Camp, hosted by Banfield Equestrian at their training facility in Gloucestershire. As this was my first ever camp I was extremely nervous, for many reasons. I was worried about forgetting something, what the other people attending the camp would be like, if I would hold the group back or if I would be a good enough rider. The worries and doubts were endless. But if I was going to do a camp, who better to do it with than the famous Piggy!

I arrived early, which always helps calm my nerves, and Bailey settled in nicely in no time. The first couple of ladies I met were extremely friendly and had plenty of experience going to camp, so they helped me feel at ease and lent me their wheelbarrow (because, of course, this was the one thing I didn’t bring - although I really wouldn’t have had room for one!). So thank you to Carol and Melanie if you read this!

The host made us all feel at home, and it was very relaxed and laid back. We were extremely well fed, and the time passed too quickly.

The next morning started off with mucking out, eating breakfast and then getting ready for our first session. I was really nervous while we were getting ready, and the time seemed to just disappear. Bailey hadn’t been turned out in a few days, and I hadn’t ridden in a few more days. You want to scrub up well as you’re in front of Piggy.

We went in and Bailey did me proud, warming up AMAZINGLY. My position was top notch in comparison to normal, and I was on such a high. Then we stopped for a catch up with Piggy, and it was a slippery slope from there. Bailey thought he was done for the day and was going to go back to bed. So when I asked him to work again he was like ‘bugger off’, and was trying to tell me off, which was quite funny as he chose to show Piggy some of his yoga moves, which involved a lot of lifting and flicking his bum up. But once he finally got going again we worked well together. The first session started with a grid; 3 bounces, 1 stride, 2 strides, spread. This was the perfect exercise to see how Bailey responded to the leg. Towards the end, Piggy gave us the opportunity to do some bigger jumps, but I felt that Bailey had worked nicely and very well, so I thought it was probably best to leave it at that. Piggy completely agreed, saying she thought that was definitely the best decision, so it was nice to know that I was thinking along the same lines as Piggy!

We went off for a nice lunch break, which gave me time to have a lovely catch up with the girls, and process all the information from the first session. It also gave me a chance to relax in time for the next session that afternoon, which was jumping again but this time it was showjumping. By this point I think Bailey had also had time to relax and settle in front of Piggy, and he was perfect. However, once Bailey has jumped a course, he assumes he knows what he’s doing and gets too confident. Piggy picked this up straight away and changed the course every time we went round, which really got Bailey back on his hocks as he had to hold back and listen to where I was asking him to go.

The next day we had our dressage lesson; this was by far the best lesson I have had... EVER!  I was given some amazing ‘top tips’ to help me train smarter for dressage, get our scores up, and reduce my nerves, including some useful exercises, asking Bailey to extend and collect. Piggy was lovely and gave me some great comments and feedback, which really helped. We finished up by doing some of our best work yet, and to say I walked out of the arena on cloud nine would be a complete understatement!

Last but not least, the Arena XC and technical lines session! To be honest, I wasn’t expecting what we had to do. I was imagining some nice easy dog legs. But we did some great technical lines, tighter turns between jumps and shorter lead ups to the jumps. It really did open my eyes to the different jumping ideas I can try at home to get us ready for XC, even if we only have standard jumps rather than Arena XC jumps. I also learnt that if you don’t have short enough poles to create a skinny, you can make one quite easily by using a jump wing to split an existing jump in half. This was the best jumping we’ve done in a long time! It really got Bailey thinking and listening, and he jumped brilliantly, with turns between jumps I could never have imagined.

The whole camp was an experience I will never forget and I would highly recommend it to anyone of any skill level.

Check out my YouTube vlog about the camp to see some of my highlights! 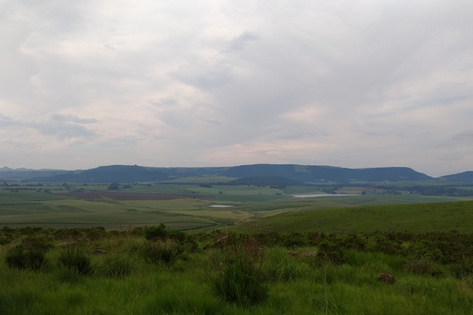 By Ashleigh Sanderson    2020-02-10
On my last trip to South Africa, a friend and I decided that something different was called for (her version of events may or may not match this…). A feed company local to her has an arena and vario...

8 Ways To Spend Valentine's Day With Your Horse

By Rachael Skinner - Eventful Eventing    2020-02-07
Valentine’s Day can be seen as a dreaded day for some or an overrated day for others. But for all those that are single pringles or would simply rather spend the day with their hoofed four-legged fr...

Article · How to - Horse Training

By Katie Roberts    2020-02-05
Eventing season is looming which means it's time to polish up our techniques and combat any underlying issue that you faced last season. A common problem a lot of riders face is holding a straight lin...
Newsletter
Follow us on
Share
Search for all things equestrian on the UK's number 1 equine marketplace!
on horsemart:
home | contact us | terms and conditions | testimonials | media pack | about us | sitemap | help | privacy policy | advertise your horse | scams | private advertising costs | mobile site
©2020 Horsemart.co.uk - all rights reserved - a member of the Friday Media Group  |  dev (((:))) Memória Visual