“On yonder hill there stood a cow

It must have moved

It’s not there now”.

That is a fine bit of poetry, isn’t it?  And, I didn’t even write it. The guy who did write it, was called William Topaz McGonagall (with the middle name of Topaz, how could he be anything but epic?!)

He was born in Scotland in March 1825, and for many years was a successful weaver, producing fine fabrics and making a good living out of it.  He was a normal chap, living a normal life. One night he had a dream that God had spoken to him and that he was to become a poet, even more, the Bard to the Queen.  He took this very seriously, leapt out of bed, picked up quill and parchment and started churning out reams and reams of poetry. Sadly, they all had the skill of the one above.  His life was a real rollercoaster of ups and downs. He was lent money to publish his work, mainly by his friends hoping he’d “get it out of his system and move on”, but even after publishing five compilations of his work, and all of them failing, he was undaunted and continued on.  (They are still available on Amazon – look up Poetic Gems!) He was employed, briefly, as a public speaker, a role he took delight in, thinking it was because he was such a poet when in reality it was because people thought him a dark and angry comedian. The poem above is still one of his most famous ditties, largely because it is often used in Scottish primary schools, teaching kids about rhymes and learning literature.

But I agree with many other people, that his greatest lesson to us is not from his poetry, but his perseverance.  He believed in something, so he just kept trying. He could at any time have gone back to the family home and weaving, but he enjoyed writing and felt he had a calling. Good for him.

I find one of the saddest things is when a rider comes in for a lesson and says, I’m sorry, I just hack.  Or I’m sorry, I’m probably not good enough to be here. Actually, the saddest lesson I taught was a lady who came in very quietly and said – I’ve been told to give up riding and find a different hobby.

She looked so utterly woebegone.

“Do you enjoy riding?”

“Is there an actual reason to give up?  Medical issue? Lame horse? Financial?”

It turns out that her instructor said she was a not natural rider, had no real talent or feel and he felt that she should just stop wasting her time, and give up.  Go and try something else that might be more up her street. Knitting perhaps. On quizzing her further, she loved riding, had her own little cob and they had fun playing together, they hacked, they did riding club, they had lessons, they galloped on the beach.  They just had adventures and made each other happy.

“So, why on earth would the instructor tell you to give up?”

He wanted to begin lateral work – she couldn’t feel when a leg was stepping under, couldn’t tell him if the cob’s back was moving, swinging, up or hollow.  She got into a muddle of where the outside leg should go, or which was the leading rein. And so, “give up” was his response. Useful… Not.

(We had a lovely session and she left feeling a lot more motivated and confident – we all have positives, if you are just a little bit more flexible in how to approach things).

I hear this story fairly often, not to this extreme, but riders feeling, or being told, that they are not naturally talented and are wasting their time.  And as the wonderful Mr. McGonagall showed us, if you are dedicated and not doing anyone any harm, who is to say, “give up”? So many riders are made to feel useless.  How about we try to encourage each other, rather than making people want to give up and take up knitting instead? You may actually have a real calling hidden under all that self-doubt! 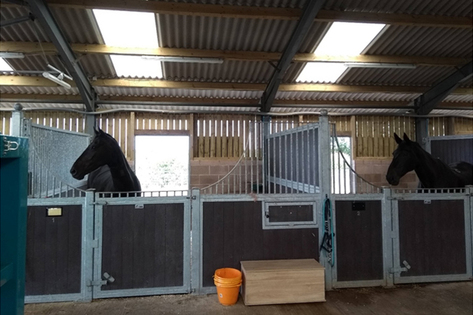 5 Considerations When Putting A Horse On Box Rest

By Clare Guest    2020-07-15
It all starts with that sinking feeling as you bring your horse in from the field and notice the swollen leg or gaping cut (insert raft of possibilities here…). On further investigation, the vet is ... 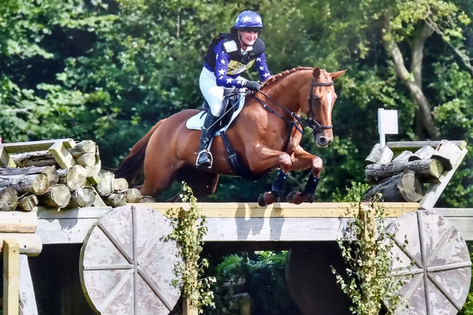 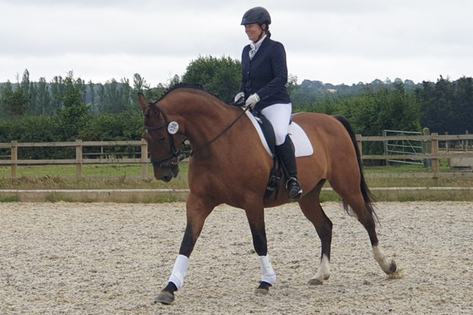 By Mariana Broucher    2020-07-14
The more supple I can get my horse – so that it is willing and able to bend/turn/move-off and has improved balance – the more likely it is that I will have a nice and safe ride. Endless circling i...
Newsletter
Follow us on
Share
Search for all things equestrian on the UK's number 1 equine marketplace!
on horsemart:
home | contact us | terms and conditions | testimonials | media pack | about us | sitemap | help | privacy policy | advertise your horse | affiliate disclosure | scams | private advertising costs | mobile site
©2020 Horsemart.co.uk - all rights reserved - a member of the Friday Media Group  |  dev (((:))) Memória Visual