So I'm here in Bali and I've managed to escape the arena for a few minutes and I’ve come down to the local beach and this place is called Echo Beach and if you are into surfing the name Echo Beach will be very familiar as Echo Beach is one of the world's most famous surfing destinations and a lot of the world championships and the big events are held here. The reason I'm here today, I'm actually coming to have lunch that coconut shack there which is literally a shack made of coconut shells, but something in my lesson today made me stop and think and that's why I paused here for a moment to watch the surfers.

I was teaching a young girl this morning and all she wanted was to get her horses head down, that was the big thing in her life, can I get the horses head down. I asked her have you ever heard of impulsion, I said before you can get his head down there's got to be energy, you got to have power in how the horse is moving. She said no she's never heard of impulsion, it was a strange concept. So when I asked her about impulsion it was something she’d never heard of, but I know this girl comes surfing quite often. So I said to her, if you want to come surfing do you need waves? Can you surf when the ocean is utterly flat? To which she said, no, you need to have waves before you can surf.

So if the sea is flat you can come down here and you can stand on your surfboard but you can't actually catch a wave and surf it if the ocean doesn't provide the wave, the ocean needs to create power. So thinking about that I could then say to her so impulsion is like the oceans wave. You are sitting on your horse and your horse isn't active it's like a flat ocean. Yes the ocean is there but it's not creating power.

Before you can even think about standing up on your surfboard and surfing there's got to be energy in the sea. Before you can think about getting the horse's head down and working him on the foot he has to have impulsion in his back.

If we think about the word collection..

If you look at all these guys out here now, they're all sitting on their surfboards but they can't surf because there's no energy. As soon as the big wave comes in then they’re more able to surf and on that end of the beach the waves are bigger. That is the main point of echo beach where the big surfing is.

you see the waves are much bigger and they’re much more experienced surfers and they’re catching the bigger waves. If you’ve got your horse moving forward with impulsion, energy and power he's creating bigger waves you’re going to have more to work with. As soon as I explained it like that she got it, she got the concept, she rode the horse forward, she rode him through his back she rode him with impulsion. And because he had power he naturally dropped his head down and came on the bit without her working so hard.

I've reached my destination; I’ve reach my coconut shack and I’m off to have lunch. See if you can think about riding your horse with as much power as these waves. 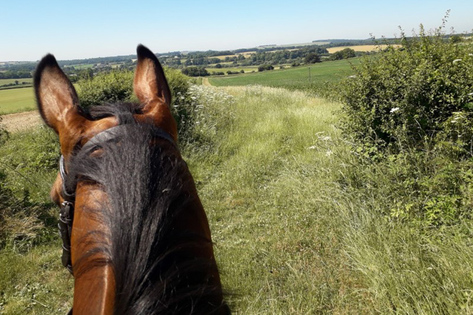 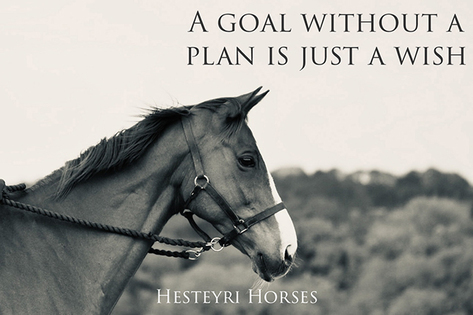 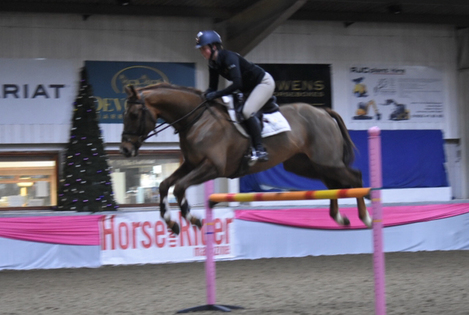 By Hesteyri Horses    2020-01-10
One cannot fail to be impressed by Piggy French as she talks kindly about the success of her peers in her introduction, which is of course meant to be about herself. Piggy has had some outstanding ach...