It is probably fair to say that the Welsh ponies are arguably the most popular and iconic of all children’s ponies. As a breed, they are pretty with beautiful heads, often dished in profile due to Arab influence, and large almond shaped eyes. They are striking in their range of colours, dun, bay, palomino, roan, pepper grey, often with plenty of white markings so white socks and white blazes or faces. Add to that, plenty of movement and bundles of personality and character and you can see why they are often the most numerous of any of the native breeds in the show ring.

The Welsh Section A or Welsh Mountain Pony is the founding breed for the other three Welsh sections; the Sections B, C and D all derive from this pony. Like the other native breeds of pony to be found in the British Isles, the Welsh pony is a very ancient animal. It was the Romans who originally introduced eastern blood into the pony and it is then actually recorded that in the eighteenth century a Thoroughbred stallion called Merlin was run out on the Ruabon hills in Clwyd. Merlin was a direct descendant of the Darley Arabian, one of the three founding horses of the modern Thoroughbred. The influence of the Arab and the Thoroughbred can clearly be seen in today’s ponies, in terms of their quality and elegance and their expressive movement. The maximum height of the Welsh Mountain pony is 12hh.

The Welsh Pony or Section B is a bigger pony and can stand up to 13.2 hh. Both ponies have their own breed standard and written definition but there are some key differences between them other than simply their height. The Welsh Section B has a longer neck than the Section A, what is termed “length of rein”, there is more slope to the shoulder and a more pronounced wither, all evidence of the Thoroughbred influence. The Section B also has a longer back and this all predisposes towards a bigger, more expressive quality of movement than the smaller Section A. The Welsh Section B is described by the Studbook as a riding pony and should have quality riding action with adequate bone and substance whilst still retaining the hardiness and character of the Welsh breed. Originally this larger pony was produced by crossing the Welsh Mountain pony with the bigger Welsh cobs. Thoroughbred and Arab blood was then introduced again to produce the quality and movement desired in this bigger riding pony.

Opportunities abound to show and compete Welsh ponies on the thriving native pony scene in the UK. Both Section A and B ponies are shown in hand and under saddle and appear in a range of disciplines. Welsh ponies are also hugely popular as driving ponies, particularly in the double harness scurry event which is where teams of ponies in harness compete at speed around an obstacle course. Always a crowd pleaser, if you look at any class, the majority of the ponies forward will be Welsh As or Bs.

The two largest of the four Welsh breeds are the Section C or Welsh Pony of Cob Type and the Welsh Section D, the Welsh Cob. Like their two smaller cousins, the Sections C and D are all governed by one organisation, the Welsh Pony and Cob Society founded in 1901.

The Section D which is the bigger pony from the two sections is also called the Welsh Cob and this larger pony or horse was created by crossing Welsh Mountain ponies, the Section As with imports brought to Wales by the Romans. Spanish blood was added in the eleventh and twelfth centuries to produce what was termed, the Powys Cob which was used extensively as an army animal and, the Welsh carthorse. The Welsh carthorse is now extinct.

The modern Welsh Cob that we see today is the result of mixing the Powys Cob with bigger imports from England, principally the Norfolk Roadsters and the Yorkshire Coach Horse. It is from these powerful coach horses that the modern Cob has acquired its distinctive and impressive gait.

Because of its size - the Welsh Cob must stand taller than 13.2hh and there is no upper height limit - and active trotting gait, the Welsh Cob has always been popular in harness and was used extensively by dairies and bakeries to pull small trade vehicles in the days before mechanisation.  The bigger Welsh therefore still retain a popular following in trade and private driving classes at all the main shows.  With their high knee action and eye catching colours, they make for a very smart picture pulling a restored trade vehicle or equally, a light carriage or trap.

The Sections C and D have quite the same range of colours as their smaller cousins, again with plenty of white on the legs and face.  Dark bay, chestnut, dun and palomino are all quite common colours although they do differ in one respect from the Welsh Mountain ponies in that grey is rarely seen in the Welsh Cob whereas it is quite a common colour in the Section A; in show line ups, it is not uncommon to see an entire line of grey ponies. Skewbald and piebald as with the other Welsh sections, are not permitted.

As a first cross with the Thoroughbred, the Welsh Sections C and D can make a fantastic bigger sports horse although this is known to be a sharp and sometimes fiery mix due to the amount of Arab and Thoroughbred blood already within the Welsh as a breed. As a pure native breed, the Welsh Pony and Cob Society is the biggest native pony society of the nine in the UK and there is plenty to occupy the Welsh Cob enthusiast with this charismatic animal. Classes for native ponies can be found at shows of every level with a prestigious final for all the nine native UK breeds held at the London International Horse Show before Christmas. The Section C and Ds are always considered a large breed and judged away from the As and Bs with other large native breeds so the Connemaras, New Forest and Highland ponies.

The Studbooks permit almost any colour other than piebald or skewbald although due to the presence of the sabino gene, the ponies often carry a lot of white markings on their face and legs and sometimes, there will be white splashes on the body or a sort of “frothing” effect of white hair on the underside of the body and on the flanks almost, like the pony has been splashed with paint.  The Welsh ponies show possibly the greatest variety of colours, more so than other native breeds and this combined with the white markings, make them very eye catching.

Welsh ponies always feature in good numbers at the prestigious Mountain and Moorland final at the London International Horse Show at Olympia just before Christmas. However, one of the best places to see the breed is at the annual Royal Welsh Show at Builth Wells, the heartland of this ancient breed. The quantity of ponies forward is quite staggering and the enthusiasm for the breed amongst the Welsh people very evident. Popular across the world, the Welsh Cob has been a very successful export to many countries and has an almost evangelical following amongst its supporters. 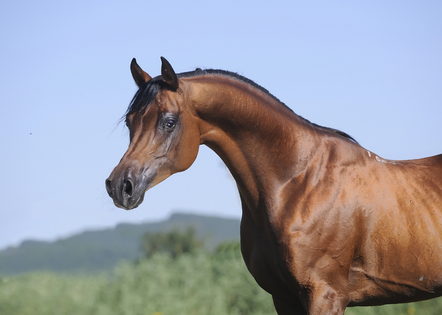