How to prevent and treat Sweet Itch

Sweet Itch is the common name for Summer Seasonal Recurrent Dermatitis and is an allergic reaction to the saliva of biting midges, sand flies and a type of black fly.
It is a problem that affects thousands of horses, ponies and donkeys throughout the world and is not discerning of breed or size although more typically it is a condition that affects adults.
Sweet Itch is a seasonal complaint when midges are most active between the months of April and early November, particularly on calm, humid days, biting mostly in the early morning and late afternoon.

Here is our guide on the prevention and treatment of Sweet Itch.
For more information on this disease, click here.
Clinical signs
Symptoms of this disease include severe pruritus (intense itching), hair loss, a thickening of the affected skin and flaky dandruff. Weeping sores may appear with a yellow crust of dried serum which, if left untreated, can trigger secondary infection. The lesions are commonly found along the spine mostly at the junction with the mane, forelock or tail. In more severe cases the sores become more extensive moving down the body to the mid-line of the abdomen, the saddle area, sides of the head, sheath and eventually onto the legs. The horse will scratch itself incessantly causing the hair to break and the skin to become bald, hard and rigid.
To relieve the intense irritation an animal may swish its tail vigorously, roll frequently and attempt to scratch on anything in reach. Pacing endlessly and seeking excessive mutual grooming from field companions sometimes even dragging themselves along the ground to scratch their abdomen can be observed. The horse’s temperament may change becoming visibly lethargic with frequent yawning or conversely agitated, impatient and showing a lack of concentration when ridden. When flying insects are around the animal may become restless with repeated head shaking.

With such obvious symptoms and appearance as an indicator and the seasonal nature of the disease, diagnosis is not usually difficult. It should be noted that symptoms can persist into the winter months, with severely affected cases barely having healed before the onslaught starts again the following spring. There is some belief that evidence of stress, for example,moving home, sickness or severe injury can be a factor when mature animals develop Sweet Itch. There is an increasing belief that hereditary predisposition is an important factor with research to identify the gene responsible very much in the early stages. The Home of Rest for Horses has invested over £130,000 into research of genetic linkage in conjunction with the Animal Health Trust. It has also provided funds of well over half a million pounds supporting various scientific research projects to improve the treatment and management of this disease. Sweet Itch is not contagious, although if conditions are favourable to midge populations more than one horse in the field may show symptoms.
As an allergic reaction disease it is also an immune system problem which is notoriously complicated and difficult to handle. Sweet Itch is a delayed hypersensitivity to insect bites and results from an over-vigorous response by the animal’s immune system. In the process of repelling invading insect saliva the horse attacks some of its own skin cells by mistake and the resulting cell damage causes the symptoms.

Prevention / control
In the United Kingdom the Culicoides midge and, to a lesser extent, a member of the black fly family called Simulium Equinum are responsible. Each of these insects has a preferred feeding site, the midge preferring the body and black fly the ears. The breeding sites of the Culicoides are commonly in wet soil or moist, decaying vegetation. Whereas Simulin prefer oxygenated water sources such as slow moving streams or rivers. Most of these midges are nectar feeders but soon after hatching the females mate and require a blood meal to mature their eggs. Hence the biting of nearby blood carriers occurs.
As poor fliers weather conditions can delay their normal mealtimes of dusk and dawn but all they do is simply wait until the wind calms or the rain stops and then feed later. Their larvae are able to survive severe frosts but they do not survive prolonged drought conditions. Minimisation of midge attack is a primary tactic in the avoidance of Sweet Itch. Marshy, boggy fields are a haven for the biting midges. Moving affected horses to a more exposed, windy site or chalk-based grassland, rather than heavy clay pasture, could improve matters.
Ensure grazing is well drained and away from rotting vegetation, for example, a muckheap, old hay-feeding areas or rotting leaves. Stabling at dusk and dawn, when midge feeding is at its peak, and closed stable doors and windows will avoid attacks. For slight to moderate cases of Sweet Itch this can help but a seriously itchy, stabled horse has hours of boredom during which to think up new ways of relieving the irritation. Scratching a mane or tale on a stable wall or door can cause a high degree of damage to a horse.

Using insect repellent or insecticides can help to control the Culicoides.As midges dislike contact with grease or oil they will avoid areas coated with this or similar substances.This will only be effective for a limited time. In summer a horse’s short coat-hair does not retain the active ingredient for long and it can be easily lost through sweating or rain showers. Re-application two or three times a day may be necessary. Greases stay on the coat longer but they are messy and not ideal if the horse is to be ridden. It can be effective if only a small area is covered and it is impractical and often expensive to cover larger areas. The most effective protection is the use of light rugs and hoods which avoids the need to use insecticides, oils or greases.
Prevention of midge attack is very difficult but worth the effort. Minimising the resultant allergic reaction by depressing the immune system with corticosteroids may bring temporary relief but there can be side-effects such as laminitis. Over time this treatment may become less effective, requiring ever larger and more frequent doses. The use of antihistamines may be effective but high doses are required which could cause drowsiness. Application of a soothing lotion will produce relief and reduce inflammation but they will not deter further midge attack.
With so many possible remedies and treatments it is very difficult to assess the effectiveness of any particular course of management of this disease.The incidence and severity of Sweet Itch is so highly dependent on midge numbers, apparent success may simply reflect a temporary fall in the numbers due to a change in the weather, for symptoms only to return again later when weather conditions are more favourable to the biting midge. 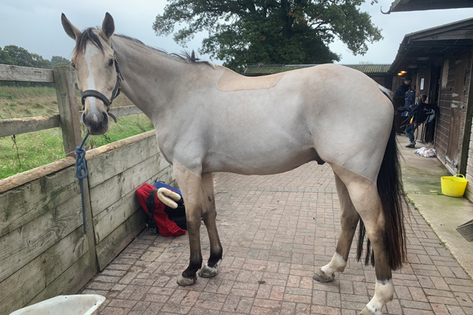 By Rachael Skinner - Eventful Eventing    2019-10-31
My best tip for the end of the clipping season is to get your clippers serviced and blades sharpened, ready for the following clipping season. There’s nothing worse than getting to the start of the ... 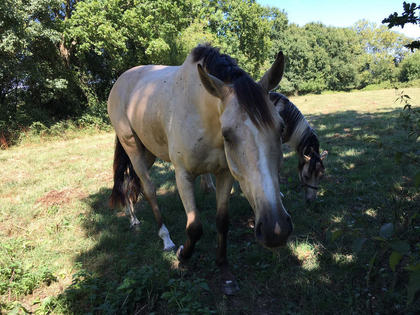 How To Deal With The Summer Heat

By Rachael Skinner - Eventful Eventing    2019-07-29
It is becoming more frequent that we are having heatwaves within the UK and managing our horses is key. We do not want to over heat or dehydrate them. There are many factors to think of and possibly c... 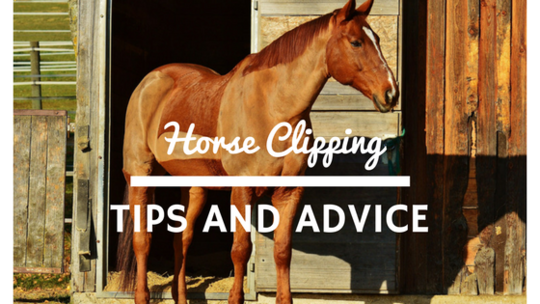 2009-12-03
Deciding whether or not to clip your horse will depend on what you are planning to do with your horse during the winter months. If you have a youngster or an older horse that is unlikely to be worked ...
Newsletter
Follow us on
Share
Search for all things equestrian on the UK's number 1 equine marketplace!
on horsemart:
home | contact us | terms and conditions | testimonials | media pack | about us | sitemap | help | privacy policy | advertise your horse | affiliate disclosure | scams | private advertising costs | mobile site
©2020 Horsemart.co.uk - all rights reserved - a member of the Friday Media Group  |  dev (((:))) Memória Visual