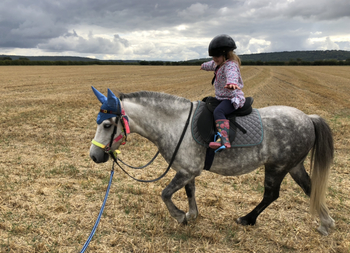 
Breed: Welsh section A
Height: 12hh
Sex: gelding
Biscuit is a lovey and cheeky Welsh A pony.
He’s very kind and loves to have a fuss! He’s a good boy on the lead rope and Is very happy to have a little plod or trot around the fields or school. He is good in traffic, but hasn’t been out in aprox 5 months along the road due to very little rider!
I haven’t had him off the lead rope as I’ve not had the need to yet, although the previous owners described him as foward going,
He previously did some PC and Little XC I believe with his previous owner.
He’s good With the farrier (barefoot) groomed and handled by children, has never kicked out or bucked or rear when children have been around or on board!
This being said he’s spent the last 2 months not being ridden due to children being at school so he’s only been used lightly for lunging, and I feel he could do with a little more work lunging to get him to calm down and listen. Although that being said under the saddle on the lead rein he knows his job and he’s respectful.
Biscuits only known issue is one of his eyes has partial visibility, this doesn’t seem to cause him any issues in work although if he can hear another horse or pony while turning him out or in, he does like to have a little turn to see who it is!
He’s a very sweet pony, he will definitely need to have companionship - wether it be a field mate or one right next door to him! He’s happy in and out and had a very cute fluffy welshie coat at the moment!
He’s a good doer although I am a softie so I do give him a handful of pony nuts on turn in so he doesn’t feel left out! ...Read full description
CategoryHorses
SubcategoryLead Rein & First Ridden
Price£ 500
Horse's nameBiscuit
Age9 yrs
ColourDapple Grey
GenderGelding
Height12 hands
BreedWelsh sec A
Display map 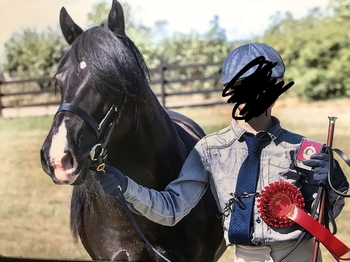 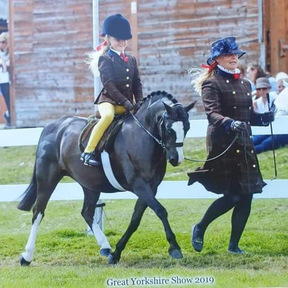